The Best Programming Language for Mobile Apps in 2020

The app development world is advantageous not only for those who want to earn through it but also for people who believe that their ideas are to be avant-garde. If you also wish to get into the world of app development or level up your business success due to an advantageous application, then all you need is to consider a mobile development company that provides your required services. Choosing the best programming language for mobile apps should be the first action to take. However, most often, it can be confusing, especially if you lack information related to the mobile programming world.

Probably, you have many concerns related to app development. Maybe you have a web platform and wonder how to make a website an app, or how to find an app developer. Do you try to guess how long does it take to make an app? Or maybe, you want to find out how to develop an android app or what languages are android apps written in?

If you are in a mess of confusion, then I’m going to somehow guide you on how to get the right direction as a mobile app is essential for your business. One of the significant factors to consider while developing mobile applications is the app programming language that best fits your requirements.

How To Choose The Best Programming Language for Mobile Apps?

The choice of the best language for app development largely depends on the operating system you are going to work with. The fact is that different OSs support different mobile programming languages. For example, when Swift and Objective C are used for iOS apps, Kotlin and Java are used for Android OS. On the other hand, React Native is ideal for both. Your choice of the best language for app development is to make or break the success of your expected app. But do not feel confused, as I’m going to introduce the boo programming languages the majority of the mobile coders consider to be efficient. For this time let’s start a countdown!

Swift is a powerful programming language for iOS app development. Besides it also serves for macOS, tvOS, watchOS, and beyond. Writing in Swift is interactive. This language offers concise yet expressive syntax. It provides modern features due to which Swift is loved by the developers. By design, the Swift code is safe, yet the software, written in Swift, runs lightning-fast. The key features of Swift are:

For iOS, Swift is:

Prior to Apple launching Swift in 2014, Objective C was developed in 1984. This was the basic language of Apple iOS mobile apps. Objective C is an object-oriented, general-purpose programming language.

The key feature of Objective C is that the message-passing among the objects. This is really useful for Apple iOS. Objective C is a superset of the programming language C. It provides object-oriented performance and an active runtime. Objective C acquires the syntax, flow control statements, and primitive types of the language C. Yet, it adds syntax for defining classes and methods. Objective C also adds language-level support. It is used for object graph management and also object-literals while providing vital typing and binding, deferring many responsibilities until launch.

In spite of all these advantages, currently, Swift has taken over Objective C in popularity and usefulness.

They say, “Write better Android apps faster with Kotlin.” Kotlin is a modern and statically typed programming language that tends to boost productivity and increase the happiness level of the developer.

The modern features of Kotlin language allow focussing both on expressing your ideas and writing less mediocre code. The less code is written the less code is to test and maintain.

Due to Kotlin, a safer code is implemented, and as a result, the app quality is improved. Kotlin offers many other language features that help you avoid common programming mistakes. This is an interoperable language so that in your project, you may have as much or as little of Kotlin as you want. It works well with Java. To make sure, just call a Java-based code from Kotlin or call Kotlin from Java-based code.

Java is a popular programming language for Android OS development. It was originally created by Sun Microsystems, yet, currently, owned by Oracle. Being developed long after C and C++, Java combines many powerful features of those languages while also addressing some of their drawbacks. The most significant features of Java are:

✔  It’s easy to learn and understand

✔  It’s designed to be platform-independent and secure, using virtual machines

If the above-mentioned languages are designed to build applications for either iOS or Android operating systems, then React Native is considered to be the best framework for the mobile app development for both OSs. It means that JavaScript language is used to build one cross-platform app is developed that operates on different platforms, instead of building separate apps for each system.

Without a doubt, JavaScript code, written in the React Native framework, is identified as the most preferable cross-platform solution for creating Android and iOS apps respectively. Due to React Native, one can work on two different OSs using a single platform.

The React Native framework is developed by Facebook. This is an open-source framework that allows creating native mobile applications using the JavaScript programming language. Using React Native, one can develop applications similar to what they do while employing Kotlin or Java for Android and Swift or Objective-C for iOS. Below you may find the core advantageous features of React Native!

✔  It offers optimal performance. React Native is connected to the native components for both OSs and freely generates code to the native APIs.

✔  The reusability of codes is another advantage. Perhaps, we should be thankful to Facebook for not having to develop separate mobile apps for each platform. It’s possible to reuse codes and pre-developed components.

As the developers don’t need to use independent codes for both OSs and both systems are coded with a single programming language, React Native mobile apps:

✔  React Native is accessible for a large community of developers. As this is an open-source language it’s easy to contribute to the framework and also to take full advantage of the technology, driven by the community.

We’ve got to understand that the wise consumers get started with their search experience for their expected mobile apps, by identifying the appropriate programming language for the software. Having discussed all the famous mobile development languages, I recommend you choosing React Native, only if you target both iOS and Android users.

Due to React Native, it’s possible to build an application for a wider market. As a result, the app is built faster, and costs lower. On the other hand, it lowers the risk of losing. It means that even if the app isn’t accepted by the audience you have a relatively little lost.

Thousands of apps are built in React Native. Yet, there are also real world-famous examples of React Native apps, including Facebook, Instagram. So, if you also want to reach the peak of your business success with the least risk, low cost, and minimal time, then you should choose to React Native for your next mobile application.

Need some advice on your expected React Native mobile app? 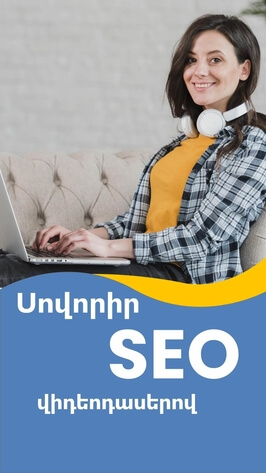