There was a time when a mobile-friendly website was a dream for users. People have to zoom in on their mobile screens to read or get familiar with the website content that was optimized only for desktop screen sizes. Along with the time web development experienced full growth and success. These days, businesses tend to have a mobile-friendly website that is responsive to the screen, regardless of the type of device used. This is the minimum online businesses should offer to their site visitors who may become customers.

Have you ever thought about going mobile? Currently, this is not just about offering a mobile-friendly platform but a mobile application. Many business owners think that a website is the most effective means for business success. However, users pretend to use apps rather than websites. 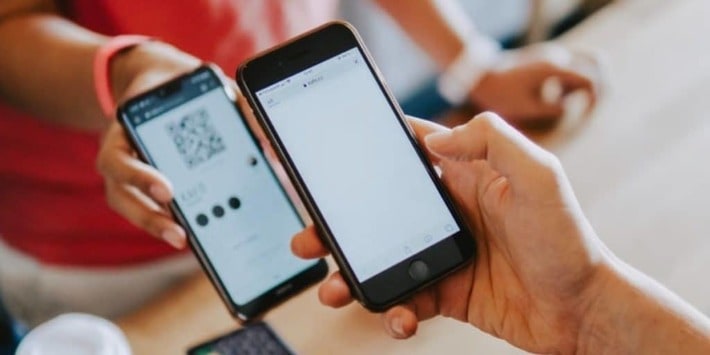 Mobile is a fastly growing industry that attracts businesses from various marketplaces. According to some statistics from 2019, mobile app revenue was 365.2 billion dollars in 2018, and it is estimated to reach at 693 billion in 2021, and 935.2 billion in 2023. And do you guess the “why”? Mobile phones are everywhere with us. Using an app designed for completing a specific process, makes our lives faster and easier.

When making a decision about iOS vs Android development, business owners may have some concerns about choosing the best one that will help to meet their needs and realize expectations.

Once you take a goal to launch a mobile application it may be risky and costly to launch both for iOS and Android operating systems at the same time. Firstly, it will be logical to give the priority to one as the initial step. Most businesses and developers do the same, creating a single app and cancel launching the other for some time.

However, this isn’t a single solution in such a situation. You have a chance to trust an experienced cross-platform development company. Master React Native developers will develop an application that perfectly runs both on iOS and Android OSes. So, you won’t have to face the Android vs iOS app development challenge. 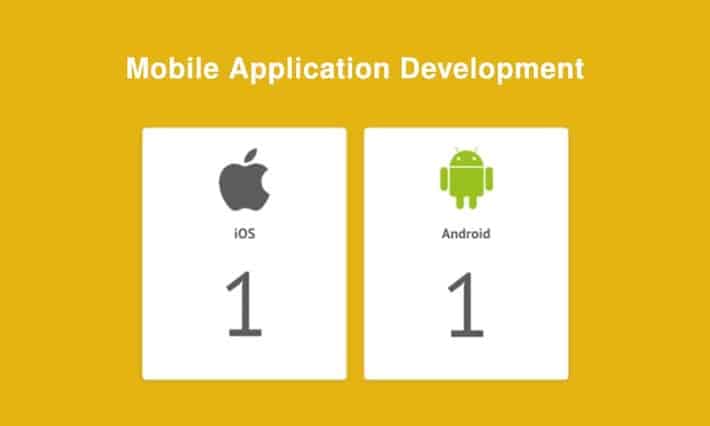 If you are not aware of the mobile app development process, I’ll introduce some important points. There are two options to choose between when you want to have apps for both mobile operating systems:

- Native mobile development. Two separate apps are developed one for iOS, another for Android OS
- Cross-platform application development. A single app is created that works both on iOS and Android OSes

To develop this or that type of app, developers choose specific programming languages for mobile app development. Professionals know what to choose and offer the best possible, taking into account business needs, goals, and expectations. Let’s discuss the characteristics of cross-platform applications. 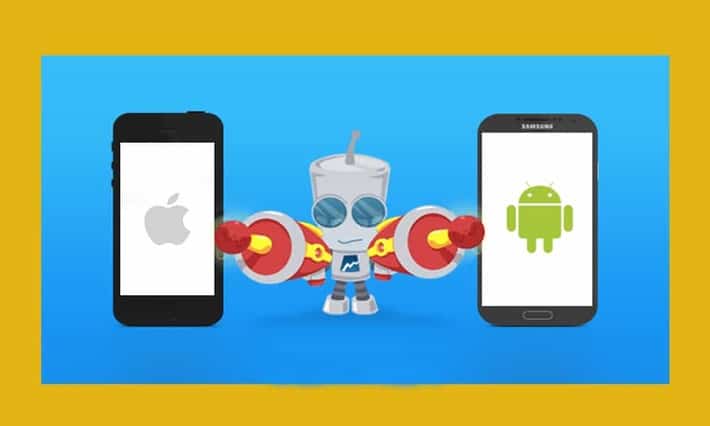 If you are interested in launching a cross-platform mobile app, then feel free to share your ideas and goals with professionals. AIST Global team will provide you a free consulting.

However, if you are still thinking about creating a single app for one of the operating systems and have to choose Android vs iOS development, then go on reading. Below you will find some features and characteristics of each one.

In this part of the article, I’m going to guide you on how to decide on whether to create an iOS vs Android application for your business at first. Of course, each of them has various advantages but I’ll discuss the 5 most essential factors:

#1 iOS or Android App  Depending on the Audience

First of all, take into consideration the geographical location of your target audience. If you focus on the global audience, then Android is your right decision in regard to the audience factor. However, if you target a specific country or region, then you should make research on the chosen location. For example, if you target Central Europe or Northern America, then iOS is more preferable.

Look at the attached photo below, and you’ll imagine what I speak about. 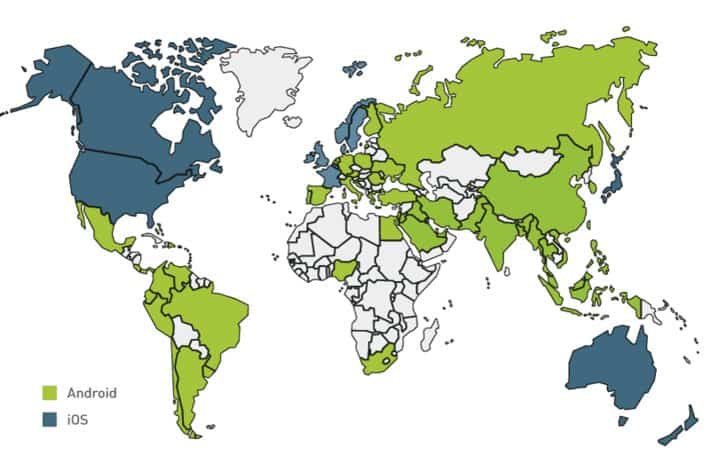 You should make research and find out which OS is more popular through the audience in your target geographical location.

Let’s see some characteristic features of the audience. What do they say?

Android is more preferable by users who:

iOS is more preferable by users who: 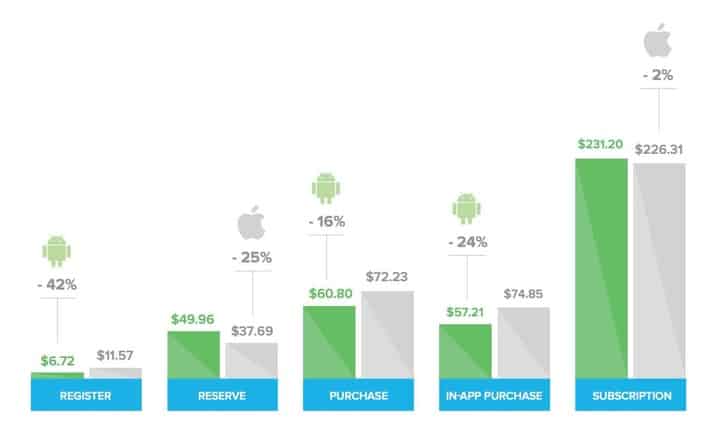 And in the end, thanks to its reputation for higher security, iOS acts better in entering the enterprise market

They say iOS app development is easier and quicker to implement. The reasons are several.

Less code. Swift is the official programming language to develop iOS apps. It requires writing more code than Java which is used to develop Android applications.

Close ecosystem. Apple offers a closed system. This means the app is designed for several standardized devices. On the other hand, Android is an open-source system. The difference in platforms and devices to take into account makes the process more complex and longer.

However, although the development process is faster for iOS, the App Store requires a longer time to review the app. This is because of the strict policy Apple follows. And the application isn’t approved in case it is against Apple’s policy or standards. 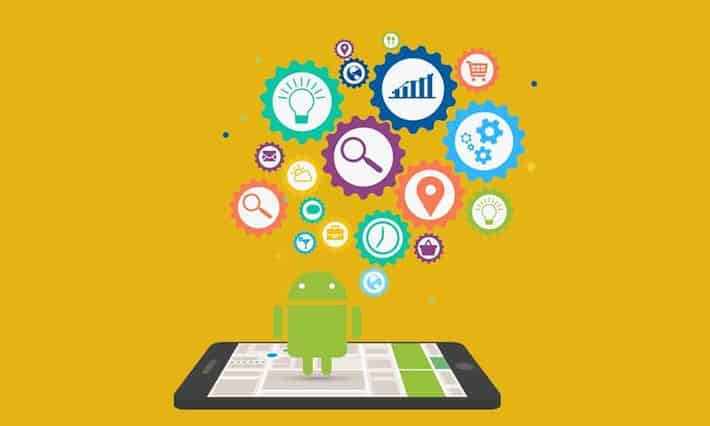 As we learned in the previous point, Android is an open-source platform. Accordingly, developers are provided with more flexibility for app customization.

On the other hand, such an open system is more vulnerable to malware. Although Android is a better choice for customizing applications, its security isn’t as high as iOS offers. And that’s why especially large enterprises give preference to security.

Apple users are more likely to update the version of the operating system. Accordingly, it becomes easier to maintain the app.

People who use Android relatively less likely to update the system. As a result, developers spend more time to adapt the app for older systems so that it be fixed and bug-free.

I think iOS provides better update results as it constantly sends notifications about the available updates. And also, as we have already found out, iOS users are more engaged with their phones, so they pay more attention to notifications.

#5 App Monetization Depends on the Possibility of Making Purchases

If monetizing the application is a revenue goal for you, then you should get familiar with some different points two platforms offer. 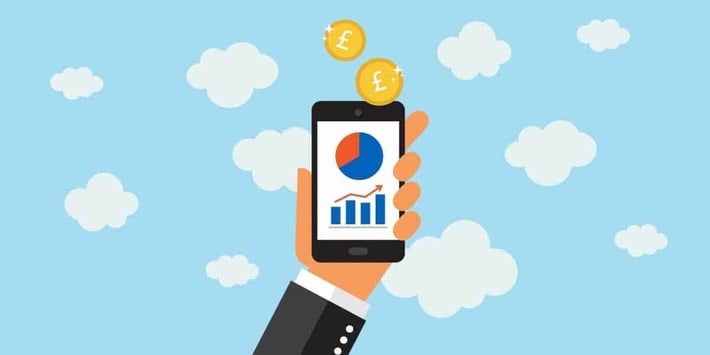 In-app advertisements are more common in Android apps. This is because users do not prefer to pay for apps. So, ads in apps are more effective to target Android users. These ads appear when the users make use of an installed application.

On the other hand, iOS users are more likely to pay for installing or using applications. It is not surprising that many Apple apps are paid. Apple Music is a bright example. In order to make use of this app and listen to music, we need to subscribe to a plan.

Taking into account such facts, it becomes obvious that Apple App Store generates more revenue than Google’s Play Store. Although, there is two times more app installation in Play Store.

Let’s check out some more facts that will help to decide on which OS is better for gaining revenue.

Considering all these points related to earning revenue with the help of monetization, I may highlight a takeaway. This will help to more clearly imagine.

The takeaway. The iOS operating system is your right decision to rely on in case you prefer to monetize apps without ads. This may refer to: 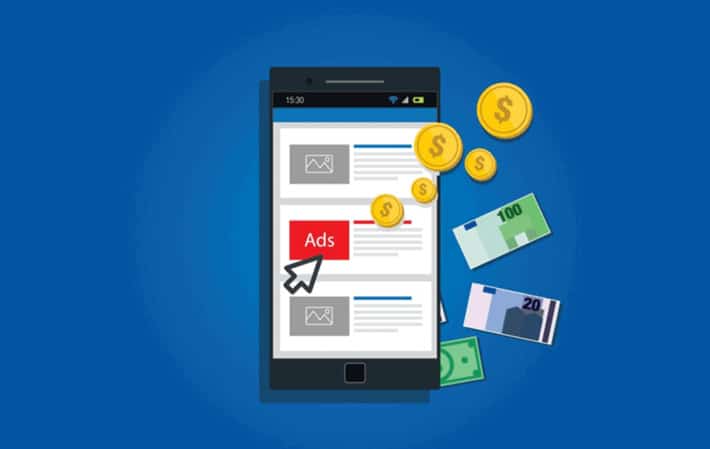 #2 Subscriptions - Users get the app free of cost, yet some features may work badly. For instance, music sound may play randomly. Or, the quality of the movie may be awfully bad To avoid such irritating things, users need to subscribe to a pricing plan.

#3 Freemium Apps - Users install the app for free but get access to a limited amount of features. To unlock all the features they need to pay.

#4 In-app purchases - Ads appear when people make use of the app. For instance, this may happen while listening to music on an offline music player app. Users may either skip the ad (after watching for 5 seconds) or close it after a specific time (usually 15 or 30 seconds).

According to statistics in 2016, Apple’s App Store generates 2 times more revenue than the Play Store. However, along with the time, the Android app revenue is growing. In spite of the fact that the difference is reduced, yet iOS is expected to dominate in the field.

Making detailed research and having discussed all the critical points, I hope you find this article useful. I cannot guarantee this or that operating system to rely on while making your business available for the mobile world. However, I may highlight what I would do if I were in your position and recommend.

1. Rely on cross-platform app development if you tend to target the users of both operating systems. Surely, there will never appear a complex issue that won’t be able to fix.

But, if you need to choose only one OS then:

These are the most essential points to take into consideration. Hopefully, you enjoy the reading and I managed to somehow guide you on making the right decision. In case of any question feel free to get in touch with us. Our experienced developers are always ready to offer the best solutions for your business needs.

Why Do Brands Shift to Progressive Web Apps