They make our lives easier and more comfortable; mankind is now going beyond its mind and opportunities, opening new horizons. All of us love talking about how rapidly our world changes in terms of the technology revolution, which brings new opportunities to our everyday lives.

All of this change is happening as a global chain function. Where does it start? A small idea born in a brilliant mind can create global changes like a chain reaction. Let us go back to the first phases of the digital revolution, dating back to late 1950s to the late 1970s with the adoption and proliferation of digital computers.

The Digital Revolution was spawned in Murray Hill, N.J., by scientists at Bell Labs who succeeded that day in putting together a little contraption that they had concocted from strips of gold foil, a chip of semiconducting material, and a bent paper clip. When wiggled just right, it could amplify an electric current and switch it on and off.

After this, the microchips were created. Based on this invention and in 1957, on October 4, the Russians launched Sputnik, a satellite that orbited the earth, and set off a space race with the U.S. Because computers had to be made small enough to fit into a rocket’s nose cone, it was imperative to find ways to cram thousands of transistors into tiny devices. The very first inventions of microchips set a road to new revolutionary inventions, which would change the life of the whole humanity drastically. 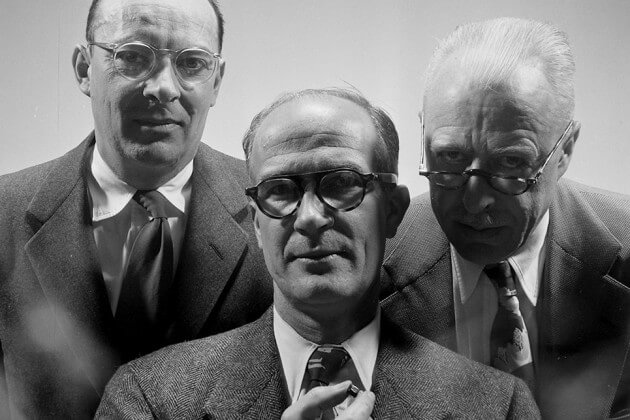 Later the microchips helped in further creation of product bar codes were developed, enabling to inventory and identify items or products. Tracking and inventorying parts and products on stores shelve and in warehouse became a severe problem in the first half of the twentieth century. The problem hurt businesses, government, and every aspect of the economy.

In the 1950s, chemotherapy was invented able to target and destroy cancer cells within the body selectively. Imagine how many lives have been saved by this invention from this deadly illness.

In 1954 solar cells were invented which included microchips inside. Electricity is our most important energy source. Yet most of our electricity comes from nonrenewable resources – coal, oil, and gas – that also create millions of tons of pollutants and contribute to the greenhouse gasses that spawn global warming. Solar cells convert sunlight directly into electricity and represent our best hope for a ”permanent” supply of essential electricity.

This list can be continued by adding so many other inventions. But perhaps one of the most expected and unexpected inventions were robots. Due to their further development and ongoing improvements, people were able to use microchips in cybernetics and create robots with one to multiple functionalities in later stages of the revolution. The first model was created in 1956 in Stamford, by Joe Engelberger and George Devol.

The modern industrial development can be unimaginable without complex mechanisms and technologies used, which makes the work of business companies more effective and productive. Over 1.4 million robots are currently on the job in industrial plants, performing the most dangerous, backbreaking jobs 24 hours a day with no complaint.

Even though their full potential and importance lie in the future, robots have already redesigned and redefined the work-place and also do the same for the home.

In modern medical equipment with functionality is being used, which enables us to do complicated surgeries, deep researches, find out the core illnesses and save the lives of the patients.

And this list yet can be completed with more inventions which during so many years have drastically changed our lives. All of this vast technological revolution which were are facing now has happened due to a small idea about creating microchips, which were an invention by the scientists and brought so much into life after decades.

Keep coming up with good ideas and bringing them into life!