Advantages of IoT: What to Expect in 2020

In the previous year 2019, we saw vast growth in the popularity of IoT with a lot of great IoT projects appearing. But a newbie might not even be familiar with this term. First of all, let’s clarify it.

The Advantage of IoT is evident in 2020. On a popular Wikipedia site, IoT or The Internet of Things is described as “a system of interrelated computing devices, mechanical and digital machines, objects, animals or people that are provided with unique identifiers (UIDs) and the ability to transfer data over a network without requiring human-to-human or human-to-computer interaction.”

Simply saying, it’s a network of interconnected things/devices which are embedded with sensors, software, network connectivity and necessary electronics that enable them to collect and exchange data making them responsive.
For example, in 2019 sales for many smart household devices have highly increased, and many new consumer IoT devices have appeared. From little things to even fully smart houses!

With this multi-trillion industry keeping its growth, we present you with a list of things to expect from it in the current year.

1) Moving out from Smart homes

Nowadays a lot of families own at least a single smart device. That is due to its convenience in helping with daily tasks. 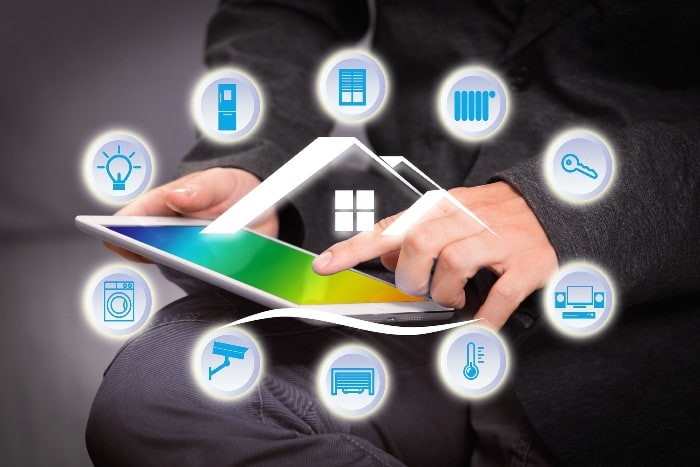 Smart internet devices are gaining popularity within the tech geeks and teens communities, cause, let’s face it, it’s the future and they, including me, love futuristic things. Not to mention the benefits of IoTs. These devices help us save time and money.

And so many companies put their sight on the IoT devices as well. By implementing smart lights in the offices, for example, the bills for the electricity could significantly drop over time. Or they could use a smart security system including various sensors to improve the safety of their facility.

Overall, it’s a very useful technology not only for the average consumers.

Our world is populated with billions of cameras or sensors of IoT tech. These resources generate tons and tons of data every day. But with no smart system managing it, most of that data is a waste of potential. 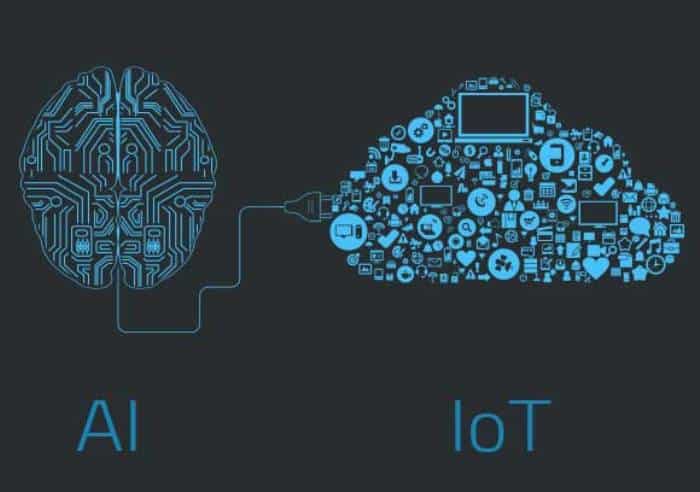 This is where AI technology joins the scene. As we have already discussed in one of our previous articles, AI programs have the ability to learn over time with more information being presented to it. So, to improve user experience and the performance of IoT devices overall, many companies, including Amazon, are working on using Artificial Intelligence in their IoT systems for the upper mentioned advantages of IoT.

As with AI and other technologies, data security has been the number 1 task from the beginning. And there are many improvements being done.

Quoting the most popular IoT dedicated site iotbusinessnews  “In order to evolve, weaknesses in current practices need to be exposed. We saw the maturation in data security only after data breaches occurred. Similarly, the need for more secure IoT devices and networks will only come about after a security breach has occurred that spurs widespread action and pushes IoT solution providers to develop new offerings to prevent and detect breaches more efficiently and effectively.

There will also be conversations around affordable, value-based security for the IoT.”

Concluding, security and customer safety are care for all the industries and as we can see, work is being done.

Voice-activated smart devices ever since their appearance have seen huge consumer popularity due to their convenience and ease of use. As estimated by a market research site “Juniper” there will be about 8 billion voice-assisted devices in the next few years. And there are many reasons for that. In the current year, this technology will be improved and will allow many accents and languages to be recognized. The ease of implementing a voice recognition function into a system is also affecting the popularity. Simply saying, all it takes is a microphone and a bit of programming and the advantages overweight these expenses by a ton.

That’s why, soon every home will have a smart voice-assisted IoT app or other devices, with many people have already adopted the technology.

Considering all the mentioned above, it’s no secret that soon we will have whole smart cities appear. And that “soon” is starting now! 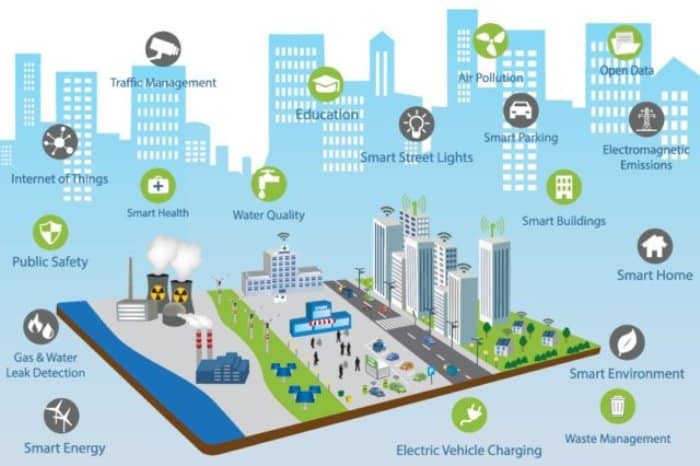 We have already seen ideas of smart cities’ development. That includes WIFI in almost every place possible, replacing banners with LCD screens for convenience of advertisement and more. And now it’s time for the IoT devices to kick in providing a pleasant and comfortable everyday experience.

With the internet being spread in every area, it will be easy for the government to set up and connect IoT systems through the city. And the construction of such devices will bring such pros, as better crime detection or health support response times.

There is no doubt that the advantage of IoT will be great in 2020: the IoT devices will grow both in the consumer and the industrial IoT spheres. Thanks to its popularity, it will continue to improve our lives, make the internet smarter and better.
Overall, 2020 will be the year where IoT’s potential will be used and it will launch off into our lives.

Online learning: the future of education